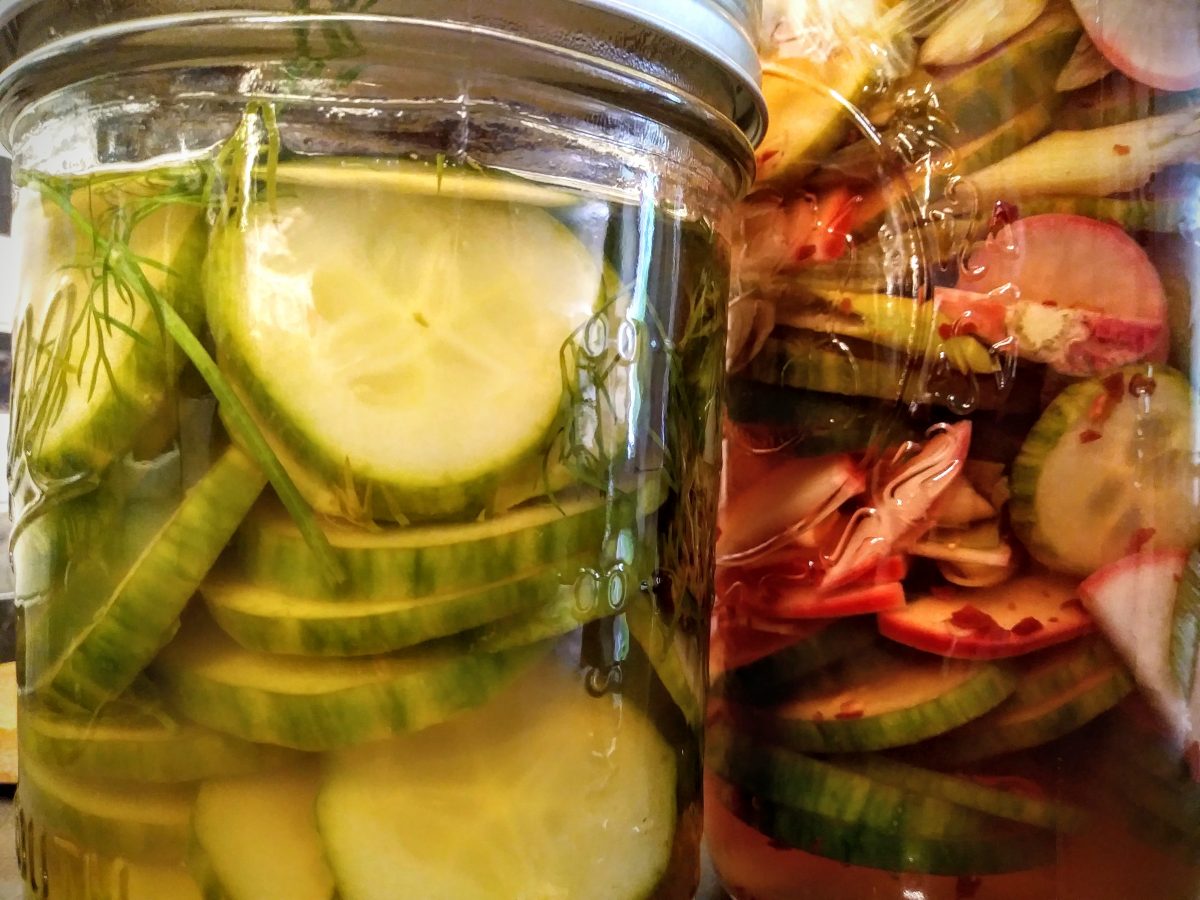 A little while back, my friend, Michelle, passed away.

“Passed away.” Sounds kind of funny, because she didn’t really pass away: my friend, Michelle, definitely moved on — she died — but didn’t pass away. In fact, shortly after I learned of her passing, I felt a deep sense of relief and knowing. She had communicated with me from her new, other space. I felt her vibe, and knew that she was happy.

I met Michelle while working for an arts council. She and I worked together in the same department, which kind of became an island unto itself as administration shifted around its ideas, its personnel, and us. So we clung tightly to each other, had a lot of inside jokes and told a lot of stories. She had lived her whole life in that community in the Southwest, and I liked to hear her insights about how it had changed over time.

Michelle was wicked smart, had a sharp tongue, and could be a total pain in the ass if she disliked you, like she did Millennials. She also enjoyed cooking and making good food and talking about it, and she loved bottles of wine and margaritas poolside. We talked about menus a lot. She introduced me to fish tacos, which I have loved (and make) ever since. She adorned hers with shredded cabbage. Yum.

One time, as I was sitting in my office, she walked through the door of our department, which happened to be on the opposite side of where I was working, and yelled, “ARE YOU EATING CUCUMBERS?!” Not even a “Hello!” or “Where are you?”, just clear outrage about apparently villainous cucumbers.

Now, she couldn’t even see me from where she stood, because there was an entire office space between us. I told her that, yes, I was eating cucumbers and inquired as to how it was even possible that she could tell. She said, “Gawd, I hate cucumbers. I can smell them all the way over here.” It was one of the funniest things I’d ever heard — and weirdest — like a mediocre superpower. I had never known of anyone with such an acute sense of smell from such a distance over something that seemed so harmless and mild. I mean, who hates cucumbers? She had many quirks like that. No doubt she would hate that batch of pickles I just made. She would say, “Oh-God-that-is-so-disGUSTing,” in one run-on sentence.

Although, now that I think about it, maybe she actually liked pickles, but just loathed cucumbers??? I doubt it. I bet she hated pickles, too.

Anyway, Michelle loved her dogs and her husband, so much so that she really didn’t want to do much with her friends, even though she loved us and often said, “Sure, we could have lunch” … or whatever. She just really loved her husband more. They were very close, which is why I believe that she died not long after he did.

Friends and I share a sense that perhaps Michelle died of a broken heart. She and her husband died in their mid-fifties; both of their bodies just kind of backfired on them early, his more severely and consistently than hers. Year after year, something more happened to his body, until over a year ago, it just finally completely gave up on him. Then, a year after his passing, everything else in Michelle’s world continued to crumble. Things went wrong with the house; various other things needed repair. Her car battery died. Her pool pump died. And she was looking for a new job, all the while her body slowing giving way to arthritis. And then, so we heard, a heart attack.

Her home had fallen apart.

As I am not on social media, I was told by a friend who is and who had learned that she died. About a week before that, I had heard from Michelle, who had responded in depth to an email I had sent inquiring about her well-being. She told me everything, even that she thought she might die soon. I suggested going back to grief support, and continuing to reach out to those who loved her, but I think she believed that nobody cared — not in a dismissive way, but rather in a way that is so common to those who are grieving. Everyone goes away, life moves on, including her body and her house and everything else. It was understood. Those in mourning often continue to mourn alone, and there really isn’t anything anyone else can do about it. If and when grieving ends, or changes for the better, one never knows how she will come out on the other side. But I think Michelle knew. She knew that there was no husband, no friend, no person truer than he, who left too early. What else was she to do?

After I learned about her death, I waited and waited for an obituary to appear, but I have seen none. Perhaps some kind words went around on social media, but that’s not a space where I like to spend time. Hopefully folks said some amazing things. I’m sure they did. Michelle liked funny people, and so many of her friends are really funny, and smart, like Michelle. I know for sure that she had lots of friends, and we all loved her. A lot. She was a big fan of me, of my writing, of my family. I miss her, but I know that she’s around.

So, I needed to create an obituary for my dear friend Michelle, who I hope to God is floating in the pool with that man of hers, eating fish tacos sans cucumber, downing a bottle of wine, and that everything around her is complete and full, that her body is healthy, and so is his. And they are shining.

This is what I was thinking about as I sliced cucumbers for my refrigerator pickles. My husband had flirtatiously demanded more pickles (you may be wondering how?); Michelle would have run away. She would like how I prepare them, though, which is very spicy and pretty. But she would never eat them. “Oh, hell no,” she would say.

RIP, girlfriend, my Sister. I’ll be sure to pour some pickle brine on your headstone. Peace.

I love anything pickled or fermented, and anything that I can batch cook that the whole family will love. As you probably know, as pickles are fermented with salt, they become a good probiotic source, as long as they are not cooked — that is to say, they are less nutritionally dense when cooked and then canned (heated again) for the store. Cucumbers contain vitamin K, magnesium, potassium, and manganese. And, of course, they contain a ton of water. So good for you.

I also make refrigerator pickles to reduce my carbon footprint by not continuing to buy jars of pickles. (I really wish I could do this with olives, a favorite of my daughter. I might just have to move to Greece or Italy.) I can only save so many jars (and constantly use and reuse Mason or Ball jars), and recycling can only go so far. So, in an effort to keep my costs low, as well as my environmental impact, I make refrigerator pickles.

After much research about quantities and ratios, I liked the basic direction of Easy Refrigerator Pickles from one of my favorite sites, Kitchn, and made it my own. I’m not much for recipes; having to stop, read, measure takes away from flow and creativity. But for many, recipes are vital. So for fundamentals, read their recipe, and then, make refrigerator pickles fundamentally yours!

To make Refrigerator Pickles (Are Delicious):