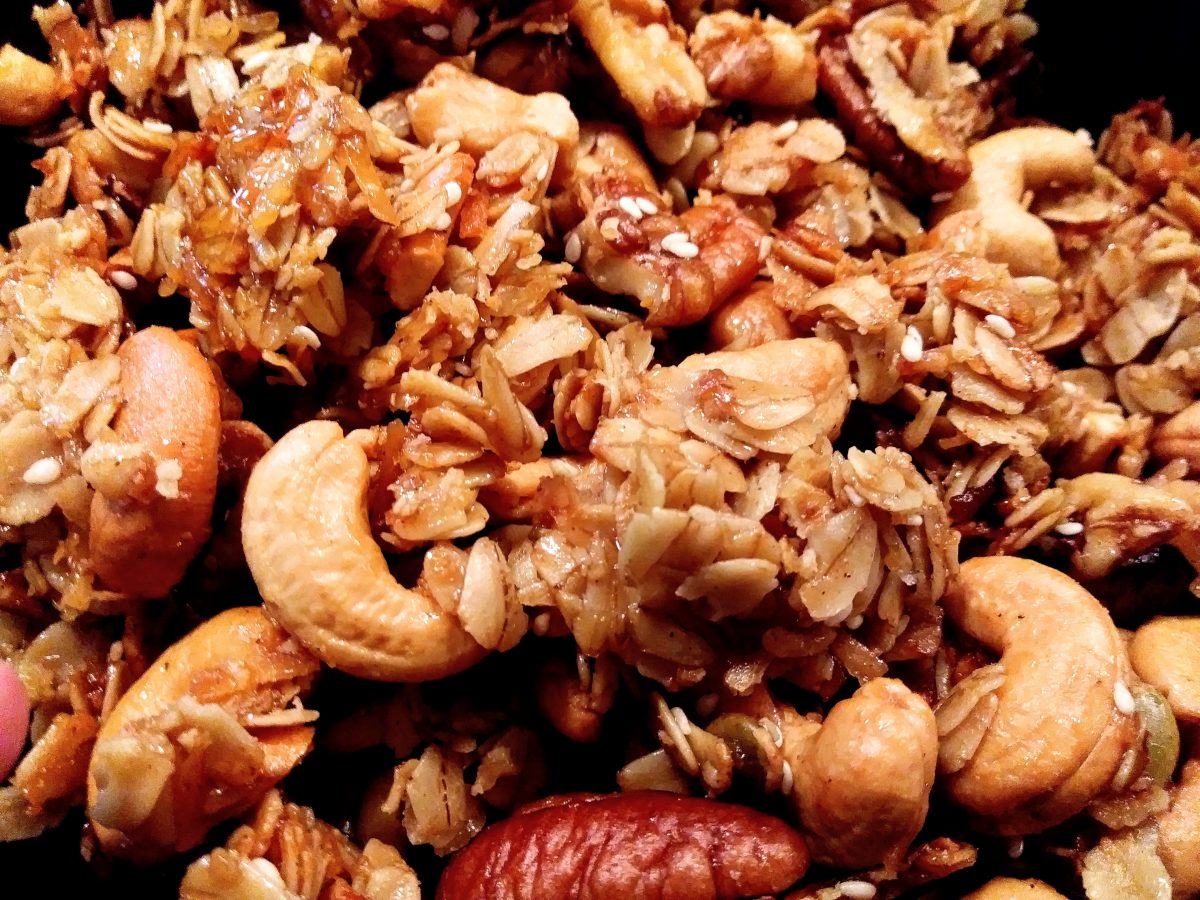 What a funny, hectic, mind-spinning couple of weeks, maybe even a few weeks or more. It seems that everything for me — relationships, actions, thoughts, words — was askew.

Several times in the past few weeks I went to pay for something and inserted the chip-end of my debit card the wrong way.

Other things, like having people over — entertaining, in other words, also formerly known as “company” — is really hard for me these days. It isn’t because “entertaining” them is difficult, or that they are difficult. It is that as a minimalist and as a consistent bodybuilder; as a yogini practicing her sadhana throughout the day; as an acutely aware and generally highly sensing empath and sensitive person; as writer, mom, and wife, entertaining/being around lots of people, noise, talking, preparing and planning has become very challenging. It messes with my practice of solitude. It messes with the minimalism we practice. It messes with flow. It messes with my schedule, people, my new-found discipline. It creates a lot more work. And I just don’t like that way of life anymore. It is not the people, it is the practice. Slow and low, or we go out for dinner.

There was also my husband’s week off from work. It was his first full week off in ten years. People have seemed astonished by this fact, but as business owners, it’s par for the course, and we don’t even golf anymore. Even those people taking off a week from their businesses more regularly than my husband usually have to work several weekends in a row or many, many additional hours to make sure everything is covered. (Someone close to me, another business owner, just worked 12 hours on a Sunday so that she and her husband could go away for four days, Monday through Thursday.) His week off was highly successful, very fulfilling to him, and I was very happy to see him quite literally just chill. He didn’t do everything that he wanted to do, but he went with the flow, and only answered calls or emails that were emergencies.

But for me, his not-working rattled my schedule, too. He was around so much more. It made me, well, ditzy, I think. I felt like my routine had blurred a bit. It was funny and just fine actually, but overall, over the course of these funny few weeks, including heat waves, a funeral, my period (yes, constant hormonum interruptus) and sleep deprivation — I was just thrown, derailed, a lukewarm mess. I have waited for the morning that I awaken feeling refreshed, refocused, and orderly. This morning is that morning. (Spoiler alert: It won’t last long.)

My husband and I both stirred early. “What time is it?” I asked. He figured that it was about 7 AM. He is usually right on about time just based on where the sun is; he never wears a watch. (In this way, he is like Kramer.) And he was correct. He turned to me and whispered, “Time to make the doughnuts.” Realizing that I had slept well and actually felt refreshed, I thought to myself, What will I be doing next?

Meditation came first. Awareness and gratitude for feeling refreshed and refocused, and for moving through the chaos. I opened the windows to let in the utterly refreshing cool air that has been present these recent mornings. I turned on the gas to make my moka pot coffee. I sat in the chair and read a couple of chapters from what I currently am reading spiritually. I did so because that is what called, as I had inquired what it was I was to do next. The book answered: Time to make granola.

Entertaining, socializing, adding others and other things to the mix definitely messes with flow, and it had definitely messed with my mind. I was out of some fundamentals, granola being one of them. It is a morning staple for me (it keeps me regular, people) and my husband, something I make from scratch every week. It keeps us moving (literally), it fills us nutritionally, and reduces plastic waste, and it is delicious.

Before this refreshing morning, during derailment, I lacked motivation to make this easy recipe. There is always shit to do. Sometimes I just don’t want to do any of it. But it was time. And, post-exodus, I was ready. Time to make the doughnuts … er, the granola.

I make this granola to go with my yogurt or with the cashew milk that I make. As it is the midst of summer, it is so delicious with any of the fruits of Michigan. Blueberries are the current hit.

My recipe began from a base recipe from Kitchn, which began with 3 cups of oats, 1/2 cup of oil, a 1/2 cup of sweetener, about a cup of nuts and dried fruits, a little salt, a little cinnamon. However, 3 cups of oats just doesn’t go very far, and the dried fruits are hard on the jaw. So my recipe is much larger in order to save time, and it is modified for our tastes and chewing effort. It goes something like this.

Heat your oven to 350 degrees. You will need a large sheet pan or two medium-sized sheet pans for this recipe.

Mix all but the nuts and seeds (and quinoa, for example) together in a large bowl with a large spoon or spatula and let it sit for a few minutes.

Pour oat mix onto your baking sheet. Spread it out into a consistent layer.

Bake for 10 minutes. At 10 minutes, take out the tray and stir the oat mix all around, paying attention to the perimeter and corners, to evenly redistribute, and then reflatten. (If you use quinoa, sprinkle it on the granola at this point and stir.) Return to the oven and bake for another 10 minutes. If you really begin to smell certain toastiness (C.T. = “certain toastiness”) before the second 10 minutes are up, check it out and/or take it out to see if you like it. Make sure it’s browning, but not burned.

Otherwise, at this point, let the mixture cook for the second 10 minutes. Take it out and stir it all around as before. Here you can decide whether or not you want to bake it for longer. I tend to let my oats bake anywhere between 22 to 26 minutes, stirring every 3 minutes or so. This is important, because, at 6 cups of oats, the sheet pan is full. I make sure to stir to release steam, and to make sure that all the oats get cooked. It is also why I use under 1 cup of oil.

At the end of baking time, take out the granola, sprinkle on any of the nuts, seeds, or fruits that you would like, give it one more stir, and let it cool. As it cools, you can stir it around/break it apart a little more so that all of the heat is released more quickly.

When it is cool and to your liking, you can break it up into large chunks or smaller pieces. Put it into (probably several) containers for storage. You probably can keep it up to several weeks in a cool, dry place, but it will never last that long. Homemade granola will change your life, and you will probably never buy store-bought granola again. It isn’t worth it.

For the record, a 42-ounce container of Old Fashioned Quaker Oats can run anywhere from $4 to $6. An approximately one-pound bag of store-bought granola can run the same. There are other costs to consider, such as honey and maple syrup, which can be expensive, as well as nuts, particularly cashews, but a one-pound bag of cashews yields about four cups.

But from the 42-ounce container of granola I can make two-and-a-half batches of granola, which yields roughly 10 cups or more of granola.  All of this considered, the homemade granola I make kicks the holy shit out of store-bought granola in quality and quantity. So there you have it. All of the world’s problems solved with granola.

Doughnuts made another day.