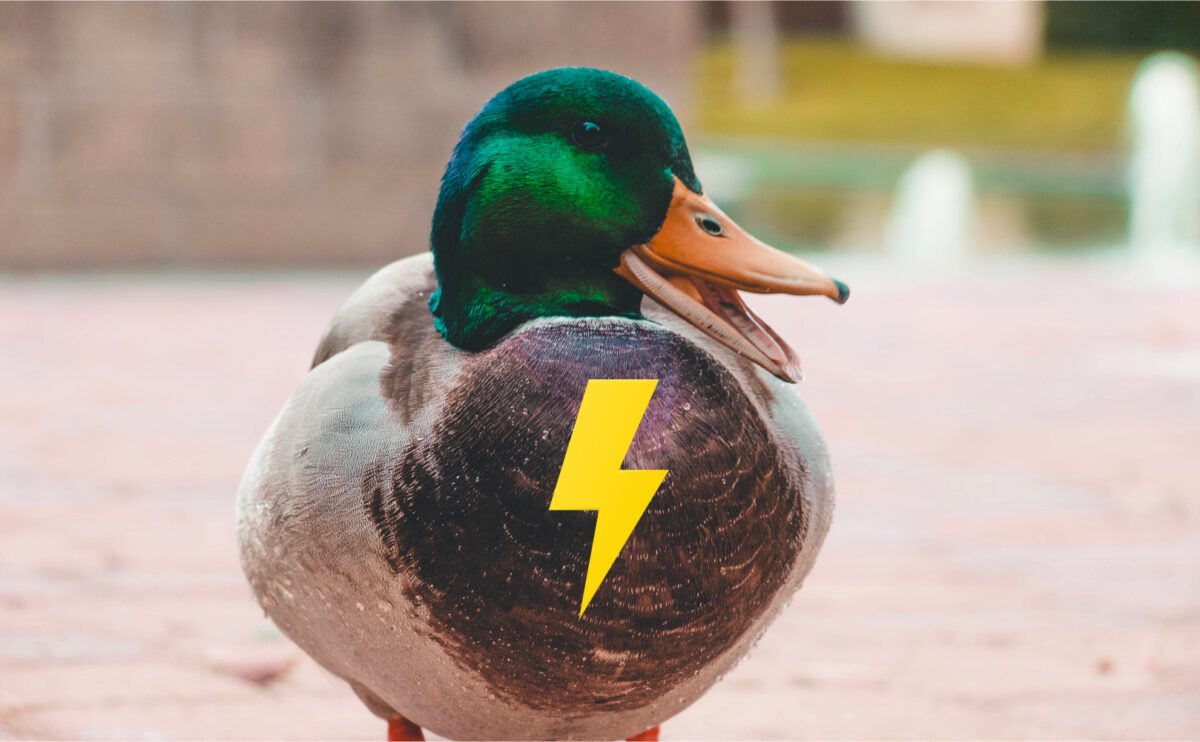 Once I knew a man, a friend, who said to me, “You know, Liza, sometimes a duck is just a duck.”

We were standing in the parking lot of a Chinese restaurant next to our parked vehicles after having lunch, an event that was an undisclosed test to see if maybe we had a future in dating.

But he was a very nice person.

Even so, as I saw it, the duck reference was an implication that perhaps I took life too seriously, that maybe I was too complex (or, probably more accurately in his mind, complicated), and that I should lighten up. I was a risk, maybe too much to handle. More than he needed, or rather wanted. Or maybe he thought that I just ask too many fucking questions and think too much.

And at that moment, looking at him in the parking lot, the way he parted his hair, suspecting that it probably would be a deal breaker, I knew that this very nice person was not only not going to be a future companion, but that, even as a friend, he would not be part of my destiny. He played life safe, and I didn’t.

Ask, and you shall receive. Ask not, and you are not very interesting.

He didn’t see life full of and made whole by its complexities, but instead preferred to experience life as not complicated, made up of many non-interrelated parts.

I’m pretty sure that it had something to do with feminism, as well as my tendency to be a critical thinker.

At any rate, suggesting that a duck is “just” a duck seemed, well … pretty lazy. Uninviting. Disinterested. Not-nuanced. It implied an unwillingness to go beyond.

Much like the phrase “it is what it is,” which suggests indifference, unless, of course, you are talking about Buddhism, in which case you might say “it is thus.”

So maybe he was referring to Buddhism. Perhaps what he meant was:

I doubt it, though, because if he were speaking from a buddhadharma perspective, I believe he would have omitted the word “just.” I don’t know any Buddhists that use that word so loosely. So he might have said:

I’m not sure; I’m still working on that one, but to aloofly state that “a duck is just a duck” — that tells me that I am dealing with someone who is not awake, and/or maybe believes that it’s too much effort to be so.

Because, I mean, come on! Can you walk and swim and fly???

A duck lives its dharma naturally, without thinking (of which I am a bit envious, which is not very Buddhist of me). It is naturally awake, always. It never wasn’t. A duck doesn’t dwell in illusion. (Wouldn’t that be funny? Weird? Can you imagine? A duck with illusions?). Rather, it acts thusly, for it is thus. A duck is being and, thus, doing duck dharma. A duck is whole, a duck is true in spirit, a duck is extraordinarily an ordinary duck.

Or just an extraordinary, ordinary duck.

Or is extraordinarily just an ordinary duck.

Or is just extraordinarily, ordinarily a duck.

See what I mean?

If we are truthful, respectful, and curious, then we know that a duck is not just a duck.

(Before Zen) A duck is a duck.

A duck flies, swims, and walks.

A duck floats and dives, bobs and weaves. It can go undercover and protect itself, others, or its boundaries, as required. But it also will make decisions — good, bad, or ugly — that are best for itself or the brood.

A duck’s feathers make it impermeable and mostly immune to the elements, like water and cold. It also knows chillin’ in the sun can be a relaxing and healthy endeavor.

A duck can see from ground level, underwater, through the reeds, or from way up high.

A duck can navigate fresh or saltwater. Using natural instinct and an internal compass, a duck knows many homes as it migrates, familiar with various, unique environments, climates, and terrains. It is at home almost anywhere, making it a brave adventurer, global citizen, and world traveler.

A duck can go solo, find a mate, have a family, or fly as a team. A duck knows when it’s time to go, and when and where it should stay and make home. It finds its place, and, with attention to detail, builds a nest.

Ducks come in various shapes, sizes, colors, and decoration. They lay eggs and have adorable, fuzzy beh-behs. They are omnivores, finding food and nourishment for all concerned.

Ducks can even change genders. (News to me.)

They are highly intelligent and emotional as well, hence the quack. Duh.

(Heads up, though (and sorry to disappoint): Despite their animated anthropomorphization, they neither wear pants, nor shirts.)

And, my favorite thing about birds in general, including the duck, is that they always know about spring way before we do. Calendars be damned.

Most interesting and important of all, though, ducks go with the flow (pun intended), an inherently taboo practice by cultural, social, and business standards. Sometimes they fail, running right into trouble, but most often, through journey, awareness, and practice, and that good old internal compass, they thrive.

Because they are awake, naturally.

In so many ways, the duck gets it more than humans. At least, it is more in tune with its natural state than we are. It makes a duck not “just” a duck, much like being “just” a human is wholly inaccurate. We are full of questions, seeking answers, trying, loving, practicing, wondering, wandering, discovering, diverse. If this were not true, then none of us would be seeking approval, often full of doubt and shame, but also hope, selling ourselves to the world as the wonderful, unique humans that we are. See me, we say.

A duck is complex, not complicated. Aren’t we all?

We humans do make things complicated, though. It’s become our default state.

I never knew I had so much to say about a duck.

Some will read this and concur with my friend, that I just made being a duck much more complicated than “just being a duck.” But I stand in a ubiquitous parking lot of yore, of everywhere, and just shake my head uncomprehendingly of those who are not one with the duck.

Perhaps my friend was afraid of his own truth, and what I reflected to him was more than he wanted to learn about himself? Inquiring minds want to know. Digging beyond the surface of self or other can be really scary to people, and more than many folks want to take on in any given lifetime. Curiosity and exploration are not everyone’s bag.

As for the kind fellow friend of mine, indeed we were not meant to be. In fact, I looked him up recently to find that he had passed in 2020, his lifetime shortened to 60. According to his obituary, he lived a full and invigorating life, had found love, had many friends, which made me quite happy for him.

He just didn’t have faith in ducks.